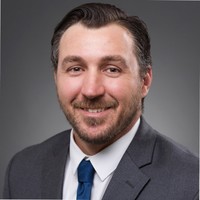 Terry Kemp spent 10 years in the Army as a Cavalry Scout and Bradley Master Gunner with deployments to Iraq, Afghanistan, and Eastern Europe. By pursuing his passion, he managed full-scale operation training events across the globe and found new innovative ways to teach, train, and mentor soldiers. After leaving the Military, Terry took on the challenge of becoming an executive recruiter.

There he assisted Veterans to help them transition into their after service careers. After a lucrative stint with Lucas Group, he decided he wanted another challenge. Terry decided he wanted to learn to code. Terry attended a coding boot camp using his G.I. Bill in Washington D.C. with the developer’s dream goal of finding a remote role upon starting.

After attending the boot camp, Terry joined the SpinSys team. He had his first encounter with SpinSys at a HackerX recruiting event. During this event, Terry met the CTO of SpinSys, Chakib Jaber, who showed so much excitement about the company, office, and culture. Terry said, “He had me sold!” Now, he travels the country with his family, all while working for SpinSys as a software engineer. Terry is still very active in the Veteran community, by giving information sessions on using your G.I. Bill to attend coding schools. He has also given many talks to local meetups wherever they are stationary for a few weeks.

Check out Terry’s Kununu interview at –