SpinSys recently had the pleasure of hosting our first HackerX event in the Charleston office! The HackerX (Full Stack) event consisted of 5 companies: Blackbaud, TIAG, Booz Allen, Atlatl Software, and of course, SpinSys. This invite-only event was full of networking, mingling, and meeting new faces. SpinSys being the host of the party had the responsibility of keeping everyone happy with food and drinks, which we definitely did! Networking began with just a beverage in hand and a quick visit down the taco bar.

Recruiters and employees of each company were excited to meet with the invited developers in roles such as Full Stack Engineers, Software Architects, Security Engineers, and more. Kourtney McIntire, SpinSys’s Recruiting Specialist, stated, “As a recruiter, HackerX events are a dream come true! With over 500 tech companies in Charleston and the unemployment rate continuing to stay at an all-time low, this event allows me to connect with other industry leaders as well as top talent. It was an exciting event for SpinSys and we look forward to many more!” As a smaller company, we enjoyed having the opportunity of hosting the HackerX event and meeting other companies and developers. The HackerX event was quite a success and we are looking forward to hosting more in the near future! 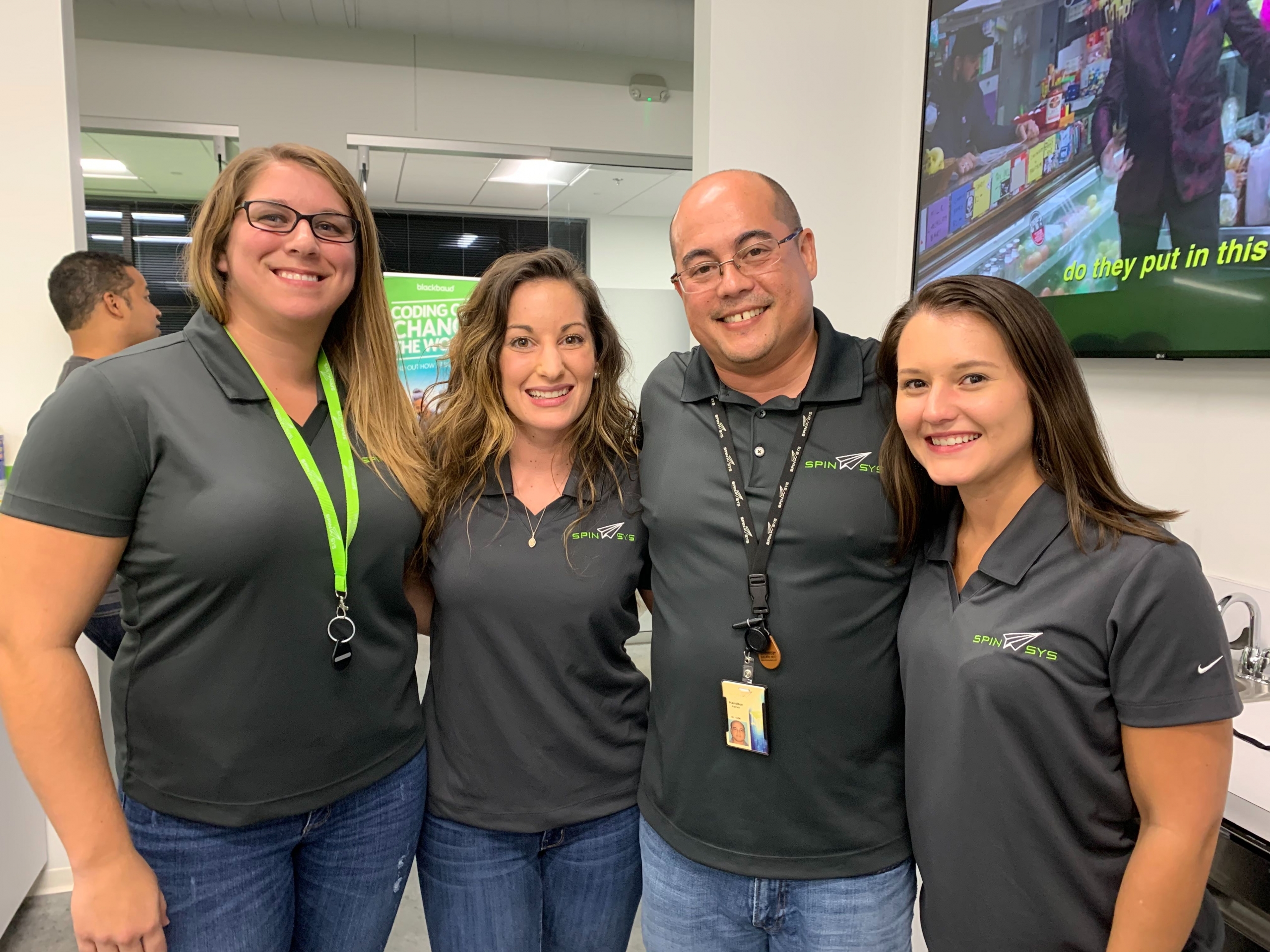